“You may encounter many defeats, but you must not be defeated. In fact, it may be necessary to encounter the defeats, so you can know who you are, what you can rise from, how you can still come out of it.” – Maya Angelou

As we navigate one of the most stressful times in our collective human history, the words of Maya Angelou readily come to mind.

She said, “You may encounter many defeats, but you must not be defeated. In fact, it may be necessary to encounter the defeats, so you can know who you are, what you can rise from, how you can still come out of it.”

Maya was saying we need to be resilient. But how does one build resilience?

In a moment, I will show you how to build resilience and thrive in these uncertain times.

But first, these are truly exceptional times.

And with no vaccine in sight, some people may not see a light at the end of the tunnel. However, there is hope and we must be hopeful, because this pandemic is only a storm, albeit, a very deadly storm.

By their very nature, storms are seasonal. No matter how devastating they are, storms don’t last forever. So ride out the storm. Stay the course because the storm will pass. Troubles don’t last. With a few precautions, your troubles won’t kill you!

Some people give up too easily.

Some people give up too easily. At the slightest hint of difficulty, they throw in the towel.

Ron Wayne cofounded Apple with Steve Jobs and Steve Wozniak, providing administrative oversight for the new company. He had a 10 percent stake in the company. Wayne wrote the original Apple partnership agreement, drew the first Apple logo, and wrote the Apple 1 Manual. He later sold his shares back for $800. He didn’t stay the course for a variety of personal reasons, which seemed reasonable at the time. But as of January 2020, Wayne’s 10 percent stake in Apple inc. was worth about $100 billion. Imagine if he had ridden out the storm!

In 2000, Wayne sold his original partnership agreement for $500. Yet again, he missed out because in 2011, that same agreement was sold at auction for $1.6 million!

Some people Are not resilient. They give up too easily. Don’t be one of them!

In his autobiography God In My Corner: A Spiritual Memoir, George Foreman tells the following story:

Someone once asked an elderly woman her favorite scripture verse. She replied, “And it came to pass.”

“And it came to pass? But that doesn’t mean anything.”

“Yes it does,” she answered. “I know that whenever a trial comes, it doesn’t come to stay; it comes—to pass. It’s not going to be around forever.”

This lady may not be a theologian, but she is on to some Bible truth! In the grand scheme of things, the troubles of life are momentary.

Susan Boyle became an overnight superstar in April 2009. According to The New York Times:

Ms. Boyle, 48, was a frumpy unknown before appearing as a contestant on “Britain’s Got talent” in April [2009], stunning the judges and audience with a crystal-clear rendition of the song “I dreamed a dream” from the musical “Les Misérables.” A YouTube clip of that performance became an instant phenomenon. According to Visible Measures, an American company that computes viewership of internet videos, it has been watched 310 million times in all of its forms.

Boyle’s first album, I Dreamed a Dream, which was released on November 23, 2009, became the best-selling album in the world for 2009, selling 9 million copies. In September 2010, Boyle was officially recognized by Guinness world records as having had the fastest-selling debut album by a female artist in the UK and the most successful first-week sales of a debut album in the UK. She was also awarded the record for being the oldest person to reach number one with a debut album in the UK.

Boyle performed for Pope Benedict xvi on his tour of Britain in 2010. In an interview with Piers Morgan on Piers Morgan’s Life Stories, aired by ITV1 in London on Thursday, August 11, 2011, Boyle said she had previously auditioned for various talent shows twelve times, and each time she was rejected and told she was not good enough. However, she said she did not want to give up on her dream of becoming a singer! So she continued to audition until she got her breakthrough. Wow, what an example of resilience! She was resilient. She showed resilience!

Here are five ways to develop resilience and train yourself to persevere during these difficult times:

1. Have the right mental attitude.

I know this is easier said than done. But it is possible to develop a winning mentality. What I call a resilient mental attitude.

Life is full of hurdles, challenges and stressful situations. That’s because life happens.

It’s important to understand that what happens, happens to everybody. The rain falls on the rich and poor. Covid-19 has affected everybody. Boris Johnson, the British prime minster was on a ventilator in intensive care. Prince Charles tested positive to Covid-19 and had to self-isolate. So did and Tom Hanks.

What happens affects everybody. However, the difference is what you make of it. And that is down to your mental attitude.

The elephant is stronger, bigger and more powerful than the lion, but the lion eats it for lunch. Why? Because the lion sees the elephant as lunch. It’s all down to your mindset.

Your mind is very powerful. So powerful that ancient wisdom says that as you think, so you are! Joyce Meyer says that wherever the mind goes, the man follows!

Make a habit of daily emptying your mind of worry, anxiety, hate, resentment, insecurity, guilt feelings and fear. You can’t leave your mind empty, so fill your mind with creative, healthy and positive thoughts. Practise thinking a carefully selected series of peaceful thoughts. At various times during your day, let mental pictures of the most peaceful scenes you’ve ever witnessed pass through your mind.

Sometimes we give up too easily. You must realize at all times that the battle is not over until you win.

2. Realize that the darkest hour of the night is just before dawn!

You’ve got to realize that delay is not denial. If you hang in there long enough, the challenge or difficulty will pass. That’s not to bury your head in the sand and pretend the problem isn’t there. Far from it!

You’ve got to keep working at the challenge. Keep trying to find a solution. The Bible puts it this way: “weeping may stay for the night, but rejoicing comes in the morning.” (Psalm 30:5)

It was Zig Ziglar who said, “Never give up. The moment you are ready to quit is usually the moment right before miracles happen.”

So don’t you dare give up! Your troubles won’t kill you!

3. Have a list of daily affirmations that you make conscientiously.

Your mind controls your thoughts, which overflow into your actions. One way to train your mind, and make it go in the direction you want, is through positive affirmations.

Start your day by affirming peaceful, contented, successful and happy attitudes, and your day will turn out differently.

Make your affirmations all the time. Make them conscientiously, whether you feel like it or not. Let them become part of your thinking. Nothing good comes easily. If it appears easy, it’s because somebody has done the hard work!

4. Before you give up, stop, think, and reflect.

Whenever you feel like quitting, take a moment to stop and think. Open you windows, and let in some fresh air. Do something that will clear your head. If the lockdown rules in your country permit, you can go for a walk or a drive or even a jog.

As you do so, take the opportunity to reflect. Think: what will happen to your dream if you quit? Remember all the investments you’ve already put into it—your time, money . . . everything! Ask yourself: “is quitting the best option, or is there another way?”

Of course, if the project is a dead horse then you must let go. No use flogging a dead horse, right?

But don’t quit on life!

Denied a job by Facebook in 2009, Brian Acton and Jan Koum co-founded WhatsApp the same year. Five years later in 2014, they sold WhatsApp to Facebook for an incredible $16 billion! They didn’t give up!

5. Quit complaining and start being thankful for what you’ve got!

Stop complaining. Instead be thankful for what you have. Develop an attitude of gratitude. That’s another way to spell ‘resilience’!

Complaining blocks your channels of inspiration. On the other hand, thankfulness and gratitude align you with the force of the universe, and for those who believe, the Divine, Almighty God.

Wherever you find yourself in life, you’re most certainly better than somebody else.

How to Build Resilience – Final Words 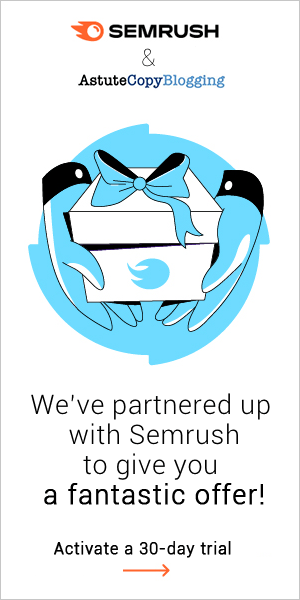 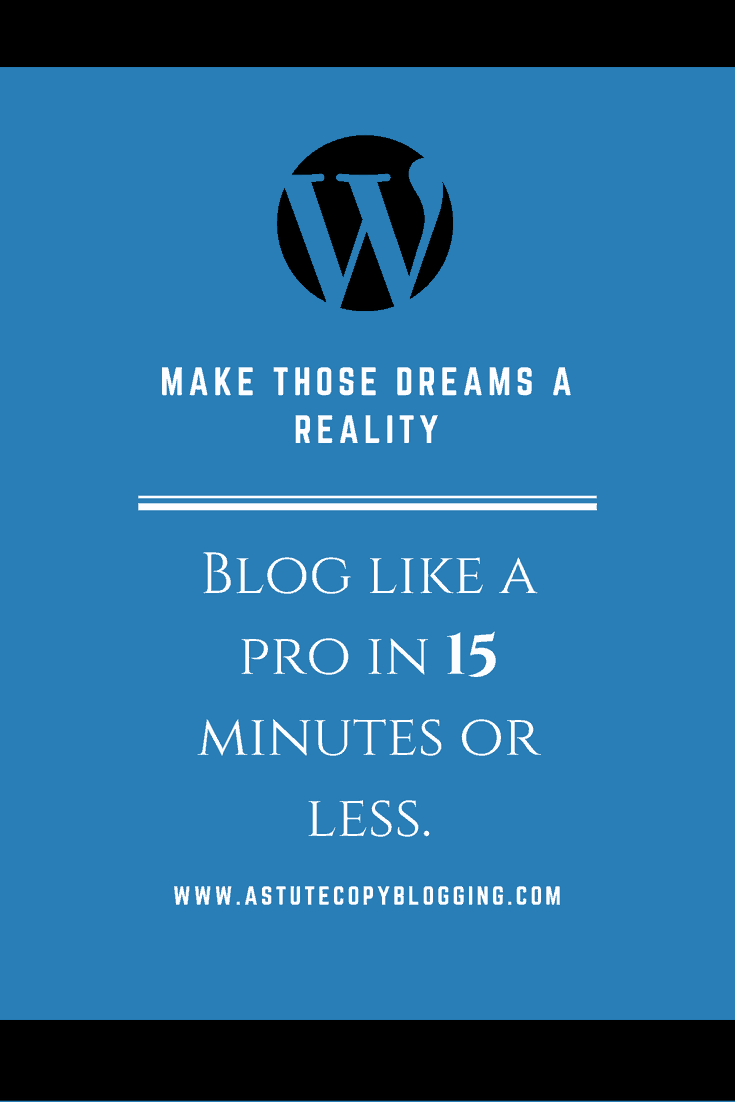 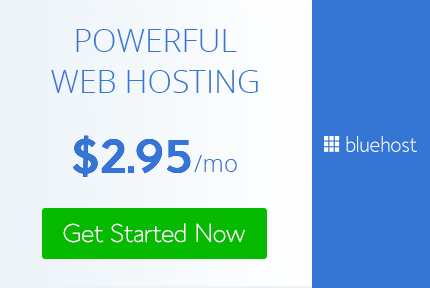